67 - The Journey of Activism in Rights for All Ft. Anjali Gopalan 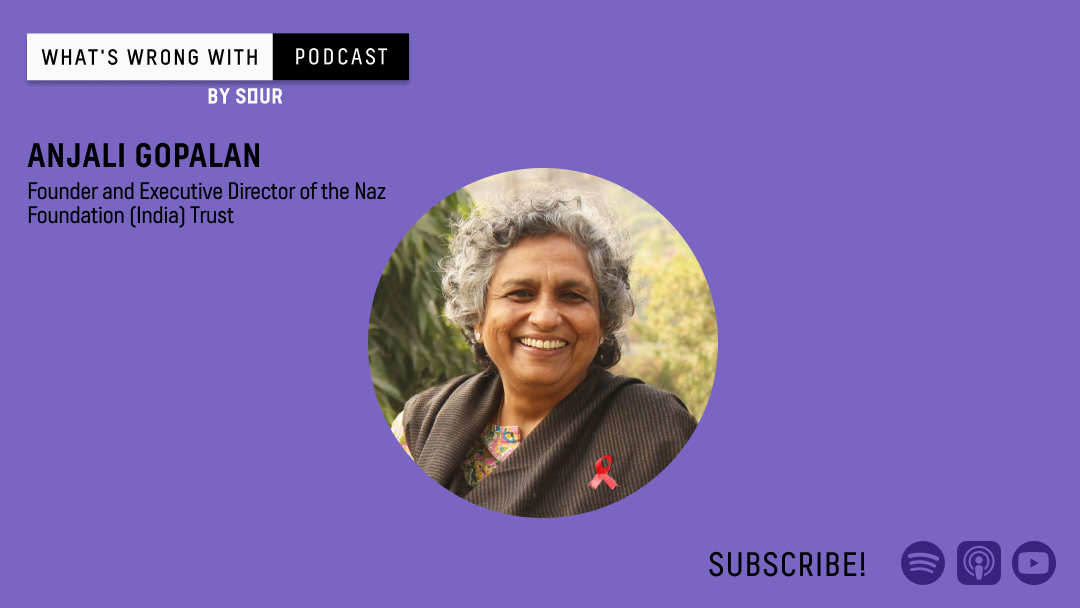 Anjali Gopalan is the Founder and Executive Director of the Naz Foundation (India) Trust.  She studied in both India and the US, with a degree in political science, a postgraduate diploma in journalism, and a Masters in International Development. She began working on issues related to HIV/AIDS and marginalized communities in the United States. On returning to India in the early 90s, she was frustrated at the lack of government response, and even civil society response, to the burgeoning HIV epidemic. Her response was to begin Naz and to focus on communities stigmatized by society. As a strong advocate for the sexual health and rights of the LGBTQIA community, Anjali spearheaded the 17-year legal battle against Section 377 of the Indian Penal Code (IPC). In 2001, Naz filed a Public Interest Litigation (PIL) to decriminalize homosexuality and put an end to the archaic law under which individuals were harassed and discriminated against based on their sexual orientation. In 2001, Anjali was awarded the Commonwealth Award for her work with the marginalized communities. In 2005, she was nominated and short-listed for the Nobel Peace Prize in recognition of her work to bring harmony to those whose lives have none and became an Ashoka Fellow in recognition of her achievements as a social entrepreneur. She was named one of the 100 most Influential People in the World by the TIME magazine in 2012. Anjali was awarded Chevalier de la Legion d’Honneur, the highest honor by the French Government for her work on Lesbian and Gay Rights in 2013. Anjali Gopalan is an environmentalist and a passionate lover of animals.