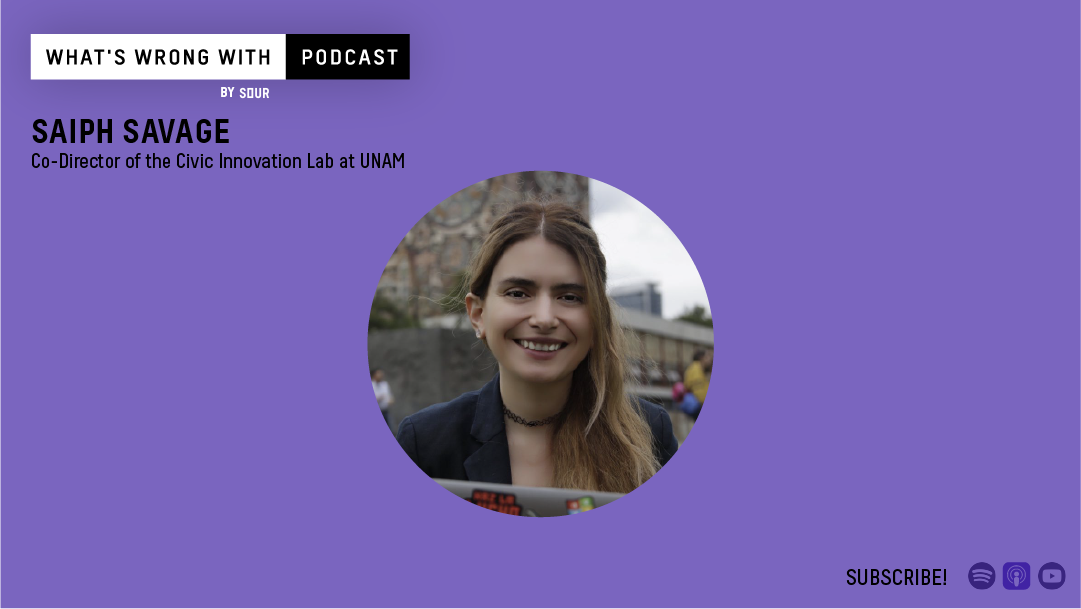 Today on the podcast, Saiph Savage is the co-Director of the Civic Innovation Lab at the National Autonomous University of Mexico (UNAM), an Affiliate Assistant professor at the University of Washington, one of the 35 Innovators under 35 by the MIT Technology Review, and a fellow at the Center for Democracy & Technology. Her work has been covered in the BBC, Deutsche Welle, and the New York Times, as well as published in top venues such as ACM CHI, CSCW, and AAAI ICWSM, where she has also won honorable mention awards.  Dr. Savage has been awarded grants from the National Science Foundation, industry, the United Nations, and has also created collaborations with both Federal and local Governments where she has driven them to adopt Human Centered Design and A.I. to deliver better experiences and government services to citizens. Dr. Savage has opened the research area of Human Computer Interaction at West Virginia University, and Saiph’s students have obtained fellowships and internships in both industry (Facebook Research, Twitch Research, and Microsoft Research) as well as academia (Oxford Internet Institute).  Saiph holds a bachelor’s degree in Computer Engineering from the National Autonomous University of Mexico (UNAM), and a master's and Ph.D. in Computer Science from the University of California, Santa Barbara. Dr. Savage has also worked at the University of Washington, Carnegie Mellon University, and Intel Labs. She has been a tech worker at Microsoft Bing, and a crowd research worker at Stanford.