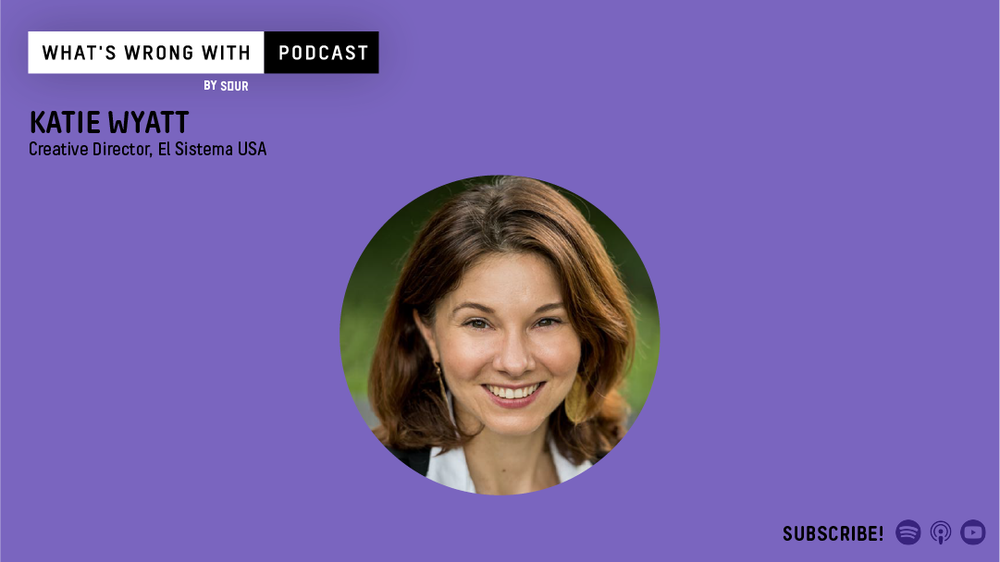 Katie Wyatt is an accomplished musician, executive, and innovator in social change through music. In July 2016, Katie became the first Executive Director of El Sistema USA, the national network supporting the U.S. movement of El Sistema which was originally founded in Venezuela.  El Sistema USA’s mission is to support and grow a nationwide movement of programs to affect social change through music for children with the fewest resources and the greatest need.  Katie is a national leader in creating programs for access and opportunity through the transformative power of music. She is a national consultant and speaker in the arts for social change. As a violist, Katie has performed with chamber groups, opera companies, and orchestras around the world. She was recently honored as a Kennedy Center 2017-18 Citizen Artist Fellow, a national award recognizing her work in citizen artistry and community development through the arts.

Previous Episode
15 - Why do we live in a real estate state? ft. Samuel Stein
next Episode
17 - How can we eliminate innovation deserts? ft. Felecia Hatcher