32 - The crucial need for architects as thought-leaders ft. Vishaan Chakrabarti 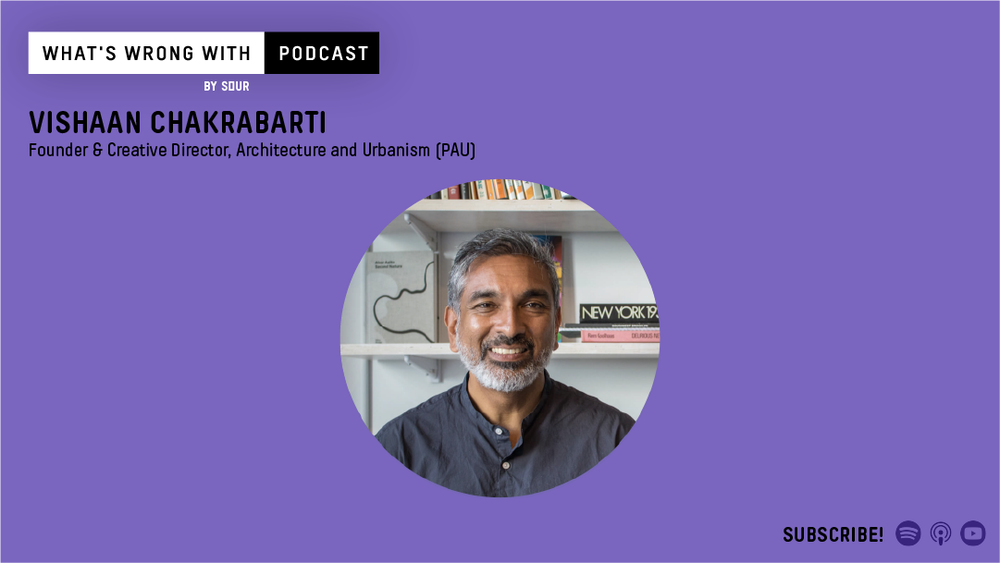 An architect, urbanist, educator, and author, Vishaan designs and advocates for a sustainable, attainable, and equitable urban future centered on human connectedness. He advances these goals as the founder and creative director of his own global architecture studio, Practice for Architecture and Urbanism (PAU), where he leads complex design projects such as Brooklyn’s Domino Sugar Refinery, Philadelphia’s Schuylkill Yards, Ford Motor Company’s Michigan Central Station project in Detroit’s Corktown, major new campus architecture, and a unique urban village in Ulaanbaatar, Mongolia.

After teaching at Columbia University for the last decade, Vishaan will in the summer of 2020 become the William W. Wurster Dean of the College of Environmental Design at the University of California, Berkeley, the world’s leading public school of architecture, landscape architecture, and city planning. He is the author of the highly acclaimed book, A Country of Cities: A Manifesto for an Urban America, and is working on his second book about architecture and human connectedness for Princeton University Press.

Chakrabarti also served under Mayor Bloomberg as the director of planning for Manhattan in the aftermath of 9/11, successfully collaborating on efforts to save the High Line and rebuild the World Trade Center. Chakrabarti lectures internationally , contributes in articles and op-eds to the New York Times, has appeared on CBS, MSNBC, National Public Radio, and has presented on the main stage of TED.

Previous Episode
31 - Why do we need to rethink what we built in the 20th century? ft. Yolande Barnes
next Episode
33 - What are we actually trying to sustain? Ft. Charlotte McCurdy