33 - What are we actually trying to sustain? Ft. Charlotte McCurdy 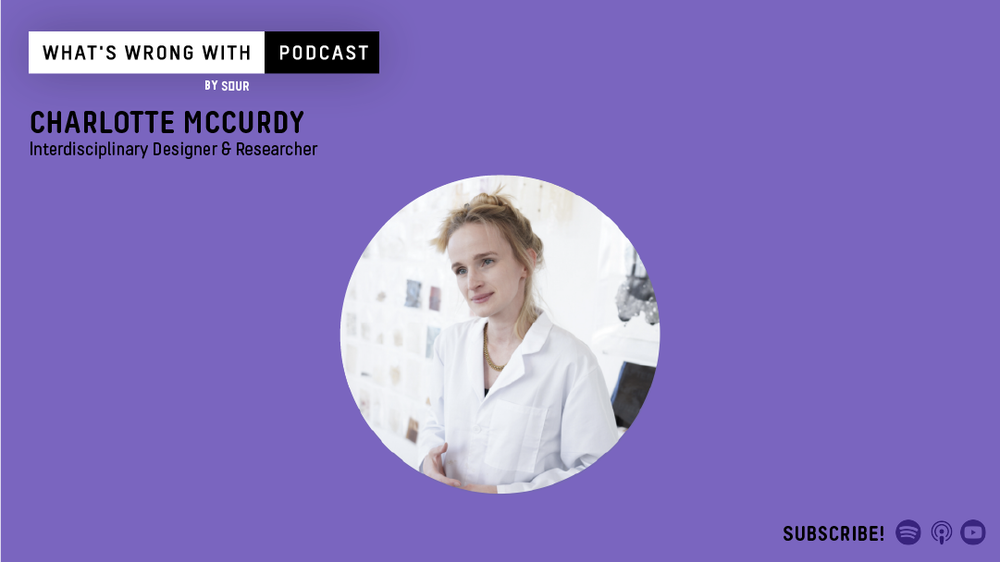 Charlotte McCurdy is an interdisciplinary designer and researcher whose work focuses on making existential threats, such as climate change, more tractable through design. Her goal: counteract the narrative of climate change as a problem without a solution.

For her project “After Ancient Sunlight,” McCurdy fashioned a water-resistant raincoat from a plastic-like material she developed made of algae, which naturally sequester carbon from the atmosphere. The carbon-negative jacket debuted as part of “Nature — The Cooper Hewitt Design Triennial.” Fast Company selected it as the winner in the Experimental category in 2019 Innovation by Design awards and it has been featured in The New York Times, The New Yorker, The Guardian, Dezeen, Wallpaper, Gizmodo, Grist, and beyond.

Based in New York City, McCurdy is a partner of the One X One initiative with the support of Swarovski, the UN Office for Partnerships and the Slow Factory Foundation and a member of the New Museum’s cultural incubator, NEW INC with the support of Science Sandbox. She is a 2019 PopTech Fellow and a co-founder of cofutures, a collective of futurists focused on directly impacting the world around them. She holds a Master of Industrial Design from RISD where she served as Global Security Fellow with the support of the MacArthur Foundation, and a Bachelor of Arts in Global Affairs from Yale University.